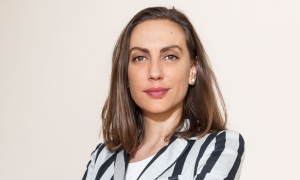 2014 – 2014. Diploma in Negotiation, mediation and construction of agreements for conflict management and decision making. Center for Research and Teaching in Economics (CIDE), Mexico.

2010 – 2013. Preparation of Civil Service Examinations for the Diplomatic Corps of the State. Academy, Spain.

2015 – 2015. Responsible for the Project Development Area and the Marketing and Communication Area. Italian Chamber of Commerce. Mexico.

2014 – 2016. Responsible for the Community Mediation Area of Mediation Mexico. Mexico.

2008-2008 Stage in the State Advocacy before the Court of Justice of the European Union. Ministry of Foreign Affairs and Cooperation Madrid, Spain.

Extensive Background I have collaborated as a researcher and advisor on International Public Law with IDHEAS Strategic Litigation AC, among others. Currently I collaborate as a volunteer in various centers for people with disabilities in Madrid.