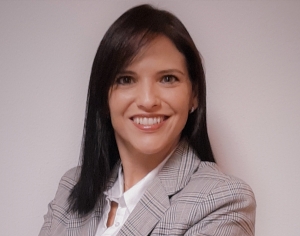 Since
Oct. 2013 Coordinator of CIAMEN: International Center for Arbitration, Mediation and Negotiation (CIAMEN) of the University Institute of European Studies of the CEU San Pablo University (Madrid). Coordinator of CIAMEN.
Coordination of all activities carried out by the Center, creation of courses, seminars and other events. Preparation of content and updates on commercial arbitration for lawyers.
Coordinator of the Advanced Course of Arbitration under the RCP program of the CIArb.
Coordinator of the Practicum Course in International Law for students of 4th year of Law of their propriety degree in Community Law; and professor of arbitration in this subject.

Coordinator and professor of the Master’s Degree in Arbitration that will begin in October 2019.

February to
July 2013 SPANISH ARBITRATION CLUB (Madrid)
Substitution for maternity leave in the Coordination and Direction of the Spanish Arbitration Club.

2003-2008 Law Firm of ARAQUE REYNA SOSA VISO & PITTIER (Caracas – Venezuela)
(July 2003 – September 2004) Lawyer in the Labor Area. Intervention in mediation on labor issues and subsequent trials, in an important portfolio of lawsuits, including extensive negotiation processes, representing large companies in the telecommunications and mass consumption sectors. Assistance to oral trials in all instances.

October 2004 – August 2008, Lawyer in the area of Civil and Commercial Litigation and Commercial Arbitration as a party lawyer and advising on arbitration issues, negotiation and conciliation. Assistant to the arbitral tribunal in several cases of domestic and international commercial arbitration. Responsible in a significant number of judicial proceedings.

2002-2003 Law Firm of MÉNDEZ, BRANDT & ASOC. (Caracas – Venezuela)
Associate Lawyer in the area of Civil, Commercial, Labor and Minor Litigation.
Broad performance in the corporate business area and advisory activities for companies in general.
Development of the area of commercial arbitration, negotiation and conciliation.

1999-2002 Law Firm of OCTAVIO DOMÍNGUEZ MARQUEZ & ASOCIADOS (Caracas – Venezuela)
Lawyer in the Corporate and Civil and Commercial Litigation area, Commercial Arbitration, as a party lawyer. Participation in a large number of trials and in 3 arbitrations as a lawyer.
Performance in various activities in the area of private law, corporate law, drafting of documents, preparation of reports, opinions and opinions on matters of business advice in general.

1998-1999 NOTARY OF THE MUNICIPALITY LIBERATOR OF THE FEDERAL DISTRICT. (Caracas – Venezuela)
Assistant to the Notary in the review of documents.

2013 to 2016 Assistance and collaboration with the presiding arbitrator or sole arbitrator in some international and domestic arbitrations in Spain.

2018 Sole arbitrator in an arbitration proceeding administered by the Court of Arbitration of Madrid (Domestic Arbitration – Spain).

2019 Administrative Secretary in an arbitration procedure administered by the Court of Arbitration of the CCI.

2014 to date Lecturer of the Arbitration Module within the International Law Practice Practicum of the Community Law Degree in Law, CEU San Pablo University.

2014 to date Trainer of the CEU group participating in the Moot Madrid of Arbitration.

From March 2018 Foreign professor invited annually to teach the International Arbitration Module (25 hours of class) in the Master of Corporate Law at the Rafael Landívar University – Guatemala.

Since 1999 Member of the Bar Association of the Federal District of the Republic of Venezuela.

Since 2006 Member of the official list of Mediators of the Arbitration Center of the Chamber of Commerce of Caracas.

Since 2011 Member of the official list of Arbitrators of the Arbitration Center of the Chamber of Commerce of Caracas.

Since 2012 Member of the Spanish Arbitration Club. (Madrid – Spain) and since 2017 member of the CEA Women Commission.

Since 2017 “Member” of the Chartered Institute of Arbitrators of London (CIArb).

Since 2018 Arbitrator of the Court of Arbitration of Madrid of the Official Chamber of Commerce and Industry of Madrid.

Since 2018 Member of the official list of Arbitrators of the CEDCA Venezuelan-American Chamber (Venamcham) Caracas.