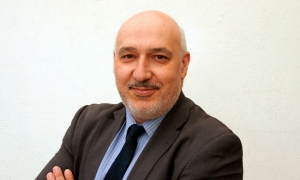 Degree in Law from the University of Salamanca with extraordinary prize and degree award, obtaining l Master in Advanced European Studies at thel College of Europe (Bruges, Belgium) and the European Doctorate at the Universidad CEU San Pablo after several years at the European University Institute (Florence, Italy). Since 1995, Professor of Law of the European Union at the Faculty of Law and currently Director of the Department of Public Law. Senior Researcher at the University Institute of European Studies and Coordinator of the Center for Competition Policy. Accredited as a professor hired doctor and lecturer of private university by the ACAP and as lecturer by the ANECA. Three sections of research have been recognized (1992-2002, 2003-2008, 2009-2016) by the National Commission for the Evaluation of Investigative Activity (CNEAI). In the academic year 2017-18 has been a Fulbright Visiting Scholar at the Harvard Law School. Specialist in European Union Law, economic market regulation and, particularly, the issues of Competition Defense Law. Has participated in more than 15 research projects with public and / or private funding, including the European Commission, the European Parliament or the Spanish Ministries of Foreign Affairs and Education. Having held a Jean Monnet Module on Competition and the Single Market., granted by the European Commission. Designated expert in several technical assistance projects of the European Commission and the Spanish Ministry of Foreign Affairs regarding the preparation and application of antitrust regulations (Romania, Guatemala, Slovakia, Serbia, Mexico, Vietnam, China , Hong Kong, Ecuador …). Author and / or coordinator of 16 books (including a Competency Law Treaty of 4 volumes, and a Competition Law Manual), multiple articles in specialized journals and has defended papers and given lectures at Spanish and foreign universities on the same matters.